Our very own paralegal's experience with DACA 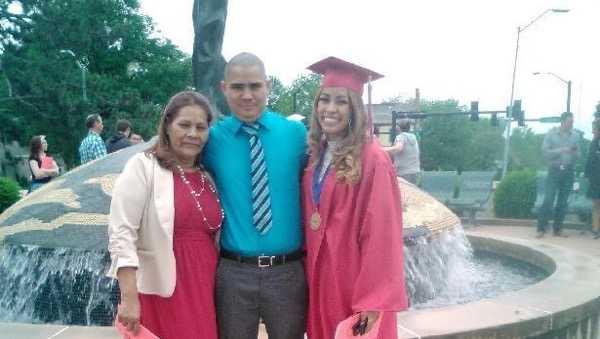 "Dreamer" Yesica Lara said she was relieved by Thursday's Supreme Court ruling, but she still faces uncertainty every day as the program has created new challenges for her and other Deferred Action for Childhood Arrivals (DACA) recipients.

"I was getting ready to renew. I was actually going to send my application today," said Lara. "So I think that was huge news."

23-year-old Lara first came to the U.S. when she was 10. Following her aunt and cousins, Lara made the journey from Mexico to Missouri.

"I think it was a really hard transition," said Lara.

Lara later earned multiple scholarships from the College of St. Mary's where she graduated in December. She is now a paralegal at an Omaha attorney's office. Although she has been granted more opportunities through the DACA program, Lara said restrictions have tightened to renew her DACA each year.

"When I first started my DACA, my DACA would expire like all the way into the beginning of July," Lara said. "And now, it's like in the middle at the beginning of May, so that can tell you as time goes by, you get less and less days."

Lara said the cost to file each year has also become a burden on her and her family.

"I remember I was in my sophomore year of college, and I couldn't renew because my mom didn't have the money," said Lara. "And, it's almost $500 for us to renew every two years, and that keeps going up."

Omaha Immigration Attorney Julia Cryne said the Supreme Court's decision has essentially stopped the efforts to dissolve the program, and a second attempt to do so means the Trump administration must start from scratch. But, Cryne said, recent policies are making it harder for new applicants.

"I do not believe it is likely that we'll see more people who didn't already have DACA being able to apply," said Cryne.

Fatima Flores-Lagunas started fighting for immigrant rights more than a decade ago.

She said she was overwhelmed with the Supreme Court decision.

“Incredible. I called my mom right away and I called some of my colleagues and I was like, ‘Guys, I’m here to stay!’ Flores-Lagunas said.

Flores-Lagunas came to Omaha from Mexico when she was six. She graduated the University of Nebraska at Omaha with a degree in political science.

DACA allows her temporary protection from deportation, and allows her to work, but doesn't provide a path to residency.

“I would have to go back to Mexico, wait for the immigration process to clear itself out, which could take months or years, and then hope that they allow me to come back,” Flores-Lagunas said.

She said the immigration system needs an overhaul.

"We want to do the right thing. We want to let people know we're here for the right reasons but they're making it very hard,” she said. “We want to continue to contribute to our community.”

He came to the United States from El Salvador when he was two. Now he's in law school.

"This was a major victory for immigrants. Now, it’s not a long term victory because there’s still a lot of things that can happen before we call this debate settled,” he said.

"beyond just the dreamers and DACA recipients that are doing well in school, there are so many immigrants suffering at the hands of our outdated immigration laws,” he said.

He also wants the bills to offer an avenue for legal residency for those already in the programs.

He says Thursday's ruling is the spark the community, and hopefully elected officials need to move forward.

“It’s just a matter of political will and whether or not people are willing to stand in solidarity with us," Flores-Lagunas said.