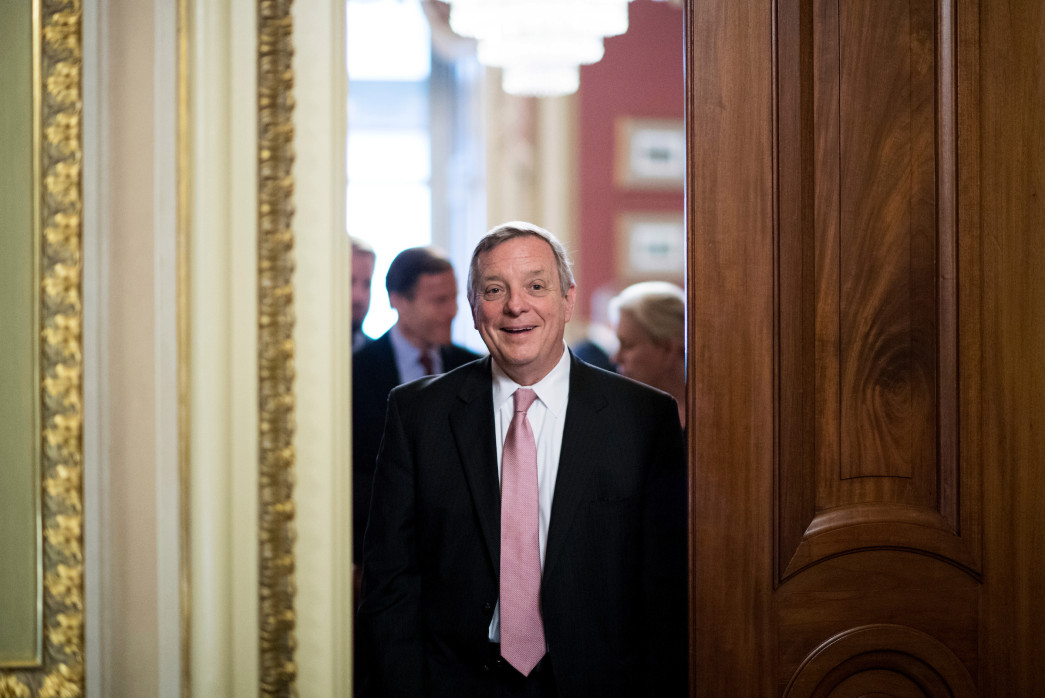 The bill would authorize up to 25,000 immigrant visas to go to foreign nurses and up to 15,000 for doctors who are eligible to come to the United States or who are already here on temporary work visas. These immigrant visas would lead to employment-based green cards. The legislation would also allow U.S. Citizenship and Immigration Services to give out slots from a pool of previously unclaimed green cards for the families of these medical workers.

“Consider this: One-sixth of our health care workforce is foreign-born. Immigrant nurses and doctors play a vital role in our healthcare system, and their contributions are now more crucial than ever. Where would we be in this pandemic without them?” said Durbin, the Democratic whip, in a statement. “This bipartisan, targeted, and timely legislation will strengthen our health care workforce and improve health care access for Americans in the midst of the COVID-19 pandemic.”

Perdue noted that a growing shortage of doctors and nurses in the United States over the past decade has been exacerbated by the COVID-19 crisis.

“Fortunately, there are thousands of trained health professionals who want to practice in the United States," he said. "This proposal would simply reallocate a limited number of unused visas from prior years for doctors and nurses who are qualified to help in our fight against COVID-19.”

Every year, 160,000 employment-based green cards are slated to be given out, but not all of the slots get filled. The ones that don’t get used get taken off the table for that year.

That has let to an accumulation of about 200,000 such unused green cards over the last three decades. Under the legislation introduced Thursday, the government would be allowed to “recapture” around 40,000 of those visas.

“I think this is a really surgical intervention, to use a relevant term,” said Bruce Morrison, a former congressman who lobbies for the American Hospital Association.

"At a time when the problem  we have on the front lines of our response to the pandemic is that there aren’t enough resources, doctors and nurses," he said. “This is a tailored and targeted response to precisely that problem.”

Currently, there are more than 10,000 medical residents already in the country on nonimmigrant J-1 visas and H-1B visas, according to the Association of American Medical Colleges.

Those residents are American-trained health care workers, but their strict visa requirements often do not afford them the flexibility to serve changing needs amid the coronavirus crisis. For example, they are not allowed to take on telehealth appointments or take shifts at hospitals other than the ones that have specifically sponsored their visas.

Foreign nurses, on the other hand, often are approved to come to America on employment-based green cards. But even after their applications are approved, many get stuck in their home countries due to U.S. processing delays and backlogs.

The new Senate bill would circumvent the politics that typically bog down immigration-related legislation in Congress, Morrison said.

“It is very easy to keep something from happening in Washington — it’s the skill that is very prevalent,” he said. “This is not a change that the so-called restrictionists may be concerned about.”

Camila DeChalus contributed to this report.